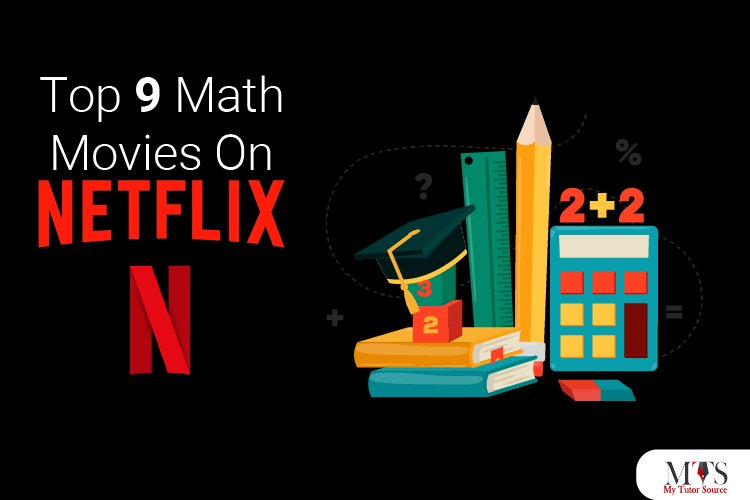 Table Of Content
1. A Beautiful Mind
2. Moneyball
3. The Imitation Game
4. 21
5. Rain Man
6. The Theory Of Everything
7. The Man Who Knew Infinity
8. Good Will Hunting
9. Cube
Final Words
Cinema and movies are known to be the most effective ways of spreading and conveying messages to a mass audience. From romance to patriotism to the theory of everything; all the topics can be described in a fun and understanding way with the help of movies.
We usually limit movies to just emotions, romance, songs, and fiction. However, some movies are much more than that. Ever heard of informational and educational movies? Yes, that is what we are talking about. Countless filmmakers make movies about math, physics, sci-fi, and many more education-related topics. These movies help spread an informational concept to a mass audience, which is also the most interesting manner possible.
We all know that Math is a dry and difficult subject. However, there are many movies about math on Netflix, that are interesting to watch, but informational too. You can binge-watch these movies on Netflix just like you watch other things.
So, are you wondering about what are the best math movies on Netflix? Don't worry; we have done the hard work for you! Below, we are sharing a list of the top 9 math movies to keep you hooked and entertained. Keep Reading!

The first movie on our list, A Beautiful Mind was released back in 2001 and became the talk of the town. This movie revolves around the life of John Nash; a mathematician and the main character of the movie. He used to write about cryptography and work hard to make a name for himself until his life took a turn. He was diagnosed with Schizophrenia and started seeing and hearing things that were not real. This condition caused a huge impact on his life and career. Still, he refused to take medication for his condition and continued working in the field of Mathematics. In the end, John Nash receives a Nobel prize for his notable work and research on game theory. This movie closely describes the life of a mathematician and his work. Moreover, it tells the daily struggles John faced in his life, and how he stayed dedicated and committed to what he wanted to achieve. Trust me; this movie will keep you hooked till the end!

Brad Pitt never disappoints the viewers with his engaging and entertaining movies, and this movie Moneyball is proof of that! If you are an applied mathematician or statistician, then this movie will be a treat to watch for you! The film revolves around Billy Beane (Brad Pitt), the manager of a baseball team in Oakland. In the movie, he uses computer-generated analysis, sabermetrics, and other statistical and scouting techniques to find and sign players. This movie is a great example for students who always wonder where to apply Mathematics and Statistics in real life. Yes, applied Mathematics helps you to nail the position of a basketball scout. Do you know what is the best part? This movie is not fiction. It is based on a real event that happened 20 years ago.

The Imitation Game was released back in 2014 and earned approximately $234 million at the box office. This movie is a biography of the famous cryptographer and mathematician Alan Turing, played by Benedict Cumberbatch. Alan was homosexual, and this movie closely shows the struggles he went through in his life due to his homosexuality. He was brilliant in the field of mathematics, and the world realized this very late. Alan Turing was also a leader of a code-cracking team who worked during world war 2. He was a war hero, a cryptographer, and a mathematician; but he had to commit suicide because of the backlash he faced because of his homosexuality.

The movie 21 was released in 2001, and instantly became one of the best Math movies in the educational and informational genre. The story revolves around Bell Campbell, a student at MIT, and a mathematical genius with a dream of joining the Harvard School of Medicine. He makes a plan with his professor by applying the basic rules of probability and playing the game of Blackjack without failing. This movie explains how to apply a lot of Mathematical rules in real life. Also, the gambling and probability brilliance of Bell Campbell will keep you engaged and blow your mind!

Next, we have an Oscar-winning Math movie on our list; Rain Man! The story shows a brotherly bond and love between Raymond Babbitt (Dustin Hoffman) and Charlie (Tom Cruise). They both are conman brothers, and their lie revolves around stolen Lamborghinis, card counting techniques, huge estates, and large amounts of money. In this movie, Raymond is helping his partner Charlie in winning back $80,000 by winning the blackjack game. The Math strategies and techniques used in this film are entertaining and exciting to watch. After all, it is a Tom Cruise movie; excitement and entertainment are what we expected!

6. The Theory Of Everything

This film/movie featuring Stephen Hawking is an interesting and unique mixture of romance and math. In the movie, Stephen was a student in Cambridge researching the cosmos at an advanced level. The movie closely shows his professional and personal life. Moreover, you will see Stephen getting married to the love of his life. His lover married him even after knowing that he is going to die within 2 years. The theory of everything is a rollercoaster of emotions and excitement, and undoubtedly one of the best math movies ever!

7. The Man Who Knew Infinity

The story of the man who knew infinity revolves around the personal and academic life of a real personality Srinivasa Ramanujan, an Indian mathematician, and student at Cambridge. He grew up in India, but later worked a lot in the field of Mathematics and made several discoveries. He died at a very young age of 32, however, his discoveries and theories are still used. This movie came out in 2015 and was a biography on the life of Srinivasa Ramanujan. His character was played by the famous actor Dev Patel.

The story of good will hunting revolves around the main character Will Hunting (Matt Damon), working as a janitor at MIT. However, he had a natural and utterly genius Mathematics Intellect; even more than a postgraduate student could have. One night, he was working on a very complex Math problem when Professor Lambeau noticed his skills. The professor made Hunting realize that he is extraordinary, and continued motivating him. Apart from Mathematics, this movie also covers topics like child abuse and psychology. Good Will Hunting won the Golden Globe and Academy Awards and is an ideal option for students willing to learn more about Mathematics.

"Cube" was released in 1997, and it started blowing people's minds as soon as it got released. The story revolves around 5 people trapped in different cube-shaped rooms. The rooms also have deadly traps and the group members are simply trying to understand why they are here, what are those rooms, and how are they going to stay alive. In the end, a female mathematician helps the members to understand the scenario and escape the chaos. This movie is an excellent mixture of sci-fi, horror, and Math elements. The acting game was a bit weak in the movie Cube, but the story and practical implications of Mathematicians were remarkable!

So, are you a parent or teacher trying to find math movies for children to help them develop an interest? Well, we hope our list of top 9 math movies on Netflix solved your problem. Math is difficult, but these movies are proof that the subject can be interesting too.
Also, at MTS, we have a team of highly professional and skilled tutors certified in Mathematics. Our experienced tutors will clear all the Math-related concepts of students with interesting and creative strategies. So, what are you waiting for? Your private tutor is just a click away!