The figure of Speech: Types with Examples 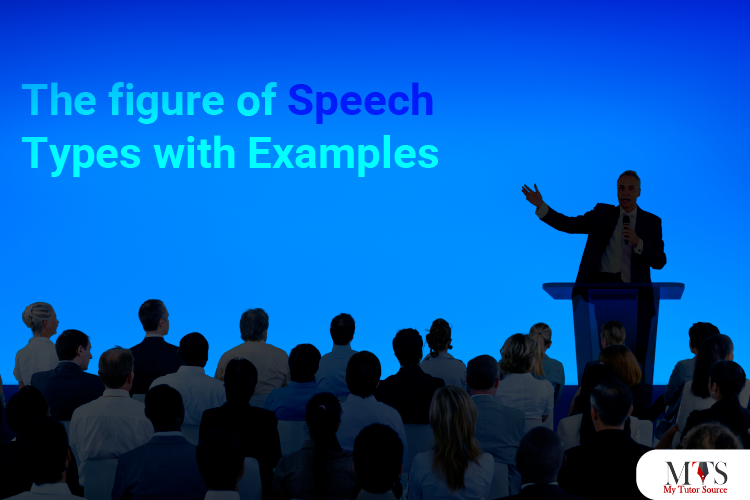 No matter what language we are speaking, the figure of speech is a must part of our life! Yes, intentionally or unintentionally, we use figures of speech in our day-to-day conversations and oral communication.

However, that is a good thing! The figure of speech is an essential part of grammar, and it is necessary to learn it if you are willing to pursue your career in poetry, translation, or writing.

Moreover, learning figures of speech is also helpful if you want to attempt language proficiency exams or other competitive exams. So, are you willing to learn about figures of speech? If yes, then you have landed at the right place!

In this post, we share the most popular and essential types of figures of speech with their examples. Trust me; you will feel like you are having the easiest and best tutoring lesson of your life. Keep Reading!

What is a Figure of Speech?

In simpler words, a figure of speech refers to a phrase that’s literal meaning is far more different than its actual meaning. Moreover, figures of speech are eye-catching, and they dramatically affect the phrase you are using. You can also refer to it as figurative language, but with fewer words and phrases.

Some common examples of figures of speech are “an eye for an eye,” “broken heart,” “butterflies in the stomach,” and “money talks.”All these phrases won’t make sense if you focus on their literal meaning. However, they still have a rhetorical meaning behind them. This is why the figure of speech is also called a rhetorical figure.

Importance of Figure of Speech

Here are a few points that will help you understand the importance of the figure of speech in grammar and language:

Types of Figures of Speech

Now that you know the main concept of the figure of speech, it is time to go through its types and their uses in detail.

However, keep in mind that figure of speech has tons of types, but we are only filtering out the most popular ones for you!

In this type of figure of speech, we compare two opposite and incomparable things with each other. Also, we use words like so, as, and like in simile.

Metaphor is like a Simile where we compare two different and unlike things. However, the only difference between a simile and a metaphor is that we avoid using like, so, and as.

In personification figures of speech, the writer refers to non-living things as alive or human beings.

In the Apostrophe figures of speech, the writer writes about inanimate objects while portraying them as alive. It is also identified when someone is talking or referring to a dead person or object. An apostrophe is slightly similar to personification but still a bit different.

Here are some examples:

In oxymoron figures of speech, you use two words together, but they are contrasting. In simpler words, this type connects two contrasting ideas in two-word lines.

Here are a few examples for your better understanding:

In hyperbole, you try to emphasize the seriousness of a condition or a situation by using exaggerating words or phrases. In simple words, you portray the thing as more essential than it is.

Here are examples of hyperbole:

As the name implies, a pun is used to add humor to a phrase or a sentence. This humor is added by using the same word that has different meanings. If not the same word, you can use two words with the same sound. In short, you just need to add puns and humor, but it should make sense.

Here are a few examples of puns:

When we use soft, mild, sophisticated words or tones instead of harsh, unpleasant, and rude ones, that figure of speech is called euphemism.

Here are a few examples for your understanding:

Understatement figures of speech are when you show or give less importance to something severe or big.

Here are a few examples of understatement:

Categories of Figures of Speech

The figure of speech has five main categories, and all its types fall under these categories.

This category revolves around using metaphors, similes, or kenning.

This category is made up of alliteration.

This category contains hyperbole and is also known as the figure of an understatement.

This category is made up of Malapropism.

As the name implies, verbal games include puns and are also known as gymnastics.